A look into the artist, the writer, the woman, the history and the music…

A few words about Scooter Lee

Her passion for her music, her audience, the dance floor and so much more…. 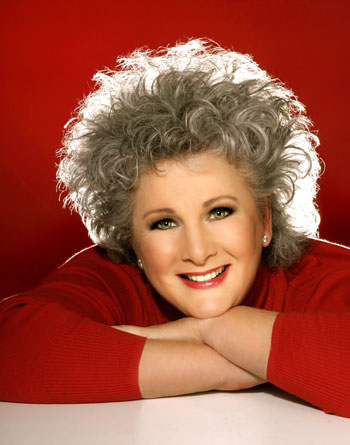 Born and raised in New Orleans, Louisiana, this southern belle was destined to be on the stage! From the age of 3, she was on the coffee tables singing at the top of her lungs and on key too.  Her career started at age 14, when she was signed to Allen Toussaint‘s label in New Orleans recording with Irma Thomas, Jerry Lee Lewis and Fats Domino. She was soon labeled the little lady with the big voice; recording country blues for the label. She soon settled in on recording country music with a blues overtone and the rest is history for Scooter Lee, who has now made her living from music the past 30+ years and shows no signs of stopping.

…She was soon labeled the little lady with the big voice

But let’s back up to when she toured through the 70’s with majors like Linda Ronstadt, Kris Kristofferson, Tammy Wynette, John & June Carter Cash and so many more. Then came the 80’s with her 5 piece band sponsored by RJ Reynolds Tobacco Company, working 10 months a year every major state fair and other festivals along the way. To say she became fine tuned as an entertainer is an understatement. Doing 2-3 shows every day, 300 days a year, taught her the art of fully commanding a stage, no matter where she was or who she was entertaining. Spotted in Los Angeles in 1985, she soon added the Bob Hope USO Tours to her resume and gained experience on stages in countries she’d only dreamed about, thus evolving into the complete artist; entertainer she is today.

Her Recordings Bring Dance to Life

Scooter Lee turned the country music dance community on its ears in the early 1990’s when she was signed to Sony Records to follow in the footsteps of Billy Ray Cyrus, Brooks & Dunn, Tracy Byrd and Reba McEntire during the ‘Line Dance’ phenomenon as a cost effective act that traveled across the USA and the world putting cowboy boots on the dance floor. She developed and perfected the formula of writing & recording a perfectly phrased song that was not only ‘dancer friendly’ but ‘radio friendly’ as well. There isn’t a dance floor in the world that hasn’t heard or felt the sounds of that formula with J’ai du Boogie, Dizzy, Rose Garden, High-Test Love, Ribbon Of Highway, Roll Back The Rug, Honky Tonk Twist, OeeOeeO, Rock & Roll Waltz, Rompin’ Stompin’, Louisiana Hot Sauce, This Little Light Of Mine, Splish Splash and Break Away to name a few.

In Nashville, TN, Scooter Lee is considered one of the hardest working artist on the road, performing more than 175 days a year worldwide. Country music fans and dancers from all over the world tell Scooter Lee they have more of her music than any other artists in the world. She tours 27 countries, which include but not limited to: the USA, England, Scotland, Wales, Ireland, Denmark, France, Belgium, Netherlands, Australia, New Zealand, Singapore, Malaysia, Sweden, Japan, Canada, Finland, Norway, Germany, Switzerland and Belgium. She proves that formula over and over again with the success of her albums, Best Of Scooter Lee, More Of The Best, Test Of Time, Big Bang Boogie, Welcome To Scooterville and her latest I’m Gonna Love You Forever, released late 2014.

Her work and her music never slow down!

Scooter resides in Atlanta, Georgia where she owns and operates her international distribution company for audio and video as well as founding a Senior Health 501c3 Charity that uses line dance as it’s chosen form of exercise. The nonprofit charity, Dancing For The Dream, Inc., encourages “Dancing For The Health Of It”. She is passionate about her music, her fans, her love for seniors and her love for a good laugh. Scooter Lee doesn’t hesitate to ‘step out on the edge’ and try something new. Being a pioneer is important and she is not afraid of all the hard work it will take to get there. Scooter Lee will always be on the cutting edge of really good music for radio and music for dance “Keeping the World In Line”.

Scooter Lee, a taste of the south like you‘ve never had……………and oh that’s so good!